Go into the new year with a plan to get out and do fun things!  Concerts are a great thing to do with friends or family that provide fun memories.  If you don’t know which artists and bands are coming to St. Louis in 2018, check out the article below!

Here are a few must-see shows from the long list of concerts coming to town in 2018:

U2. Photo by Will Heath/NBC

8 p.m. May 4 at Scottrade Center ($41-$425, livenation.com) • The cancellation of U2’s September show at the Dome at the America’s Center was followed just two months later by news of a new U2 tour. Two major differences: The show will come to Scottrade, and instead of “The Joshua Tree Tour,” U2 fans will get the “eXPERIENCE + iNNOCENCE Tour 2018.”

8 p.m. Aug. 17 at Chaifetz Arena ($48-$125, ticketmaster.com) • Sam Smith’s mopey love songs again will fill Chaifetz Arena, this time for his “The Thrill of It All Tour.” Given how quickly acts catapult into larger venues these days, it’s surprising Smith is making a second appearance at Chaifetz.

7 p.m. March 2 at Chaifetz Arena ($49.50-$99.50, ticketmaster.com) • Lorde brings her “Melodrama” album and more to Chaifetz Arena in a real get for the venue. We wouldn’t have predicted Run the Jewels in the opening slot if given a hundred guesses, but we love it.

7 and 10 p.m. Jan. 26 at the Pageant ($45-$55, ticketmaster.com) • Despite her time on NBC’s “The Carmichael Show,” most of the world didn’t know Tiffany Haddish before her breakout role in “Girls Trip.” But the movie has made her the talk of some awards circles.

Ed Sheeran • 7 p.m. Sept. 6 at Busch Stadium ($39-$119, cardinals.com/sheeran) • The cancellation of September’s sold-out Ed Sheeran concert at Scottrade Center was a big blow; little did fans know at the time that the star was on the verge of announcing his 2018 stadium tour, which includes a show at Busch.

Trevor Noah • 7:30 p.m. May 11 at the Peabody Opera House ($42-$92, ticketmaster.com) • Following a sold-out show in April at the Touhill Performing Arts Center, “Daily Show” host Trevor Noah is back for more laughs and insight.

Jethro Tull • 8 p.m. June 19 at the Fox Theatre ($35-$195, metrotix.com) • In February, Jethro Tull celebrates 50 years together. The legendary group released its debut album, “This Was,” in 1968. The anniversary tour promises “surprise virtual guests.”

Pink • 7:30 p.m. March 14 at Scottrade Center (sold out, ticketmaster.com) • Here’s what we know about Pink’s “Beautiful Trauma World Tour”: She’s going to do a lot of high-flying stunts while belting out her hits. It wouldn’t be a Pink tour without that. Pink’s latest album is “Beautiful Trauma,” which includes “What About Us” and “Whatever You Want.” 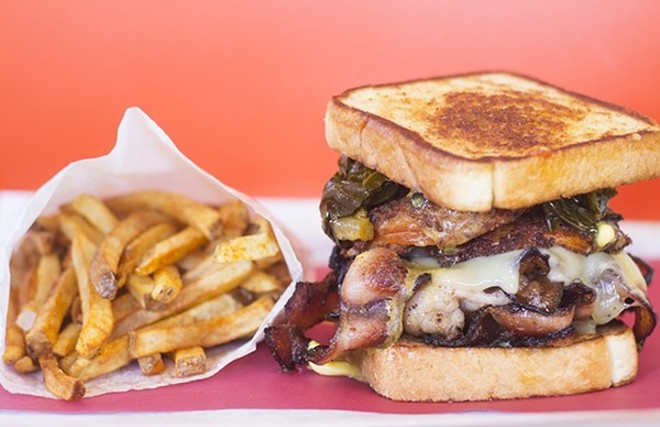